Magnificat is a spiritual guide to help you develop your prayer life, grow in your spiritual life, find a way to a more profound love for Christ, and participate in the holy Mass with greater fervor. 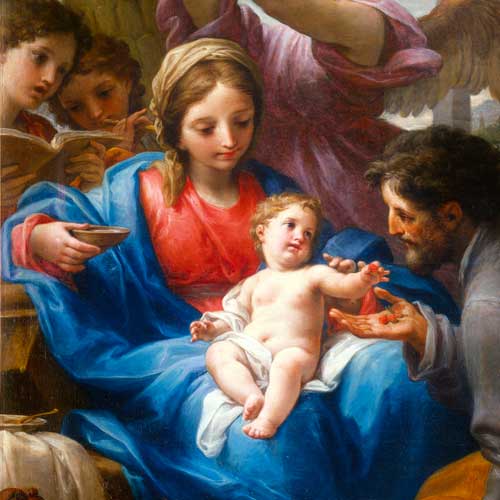 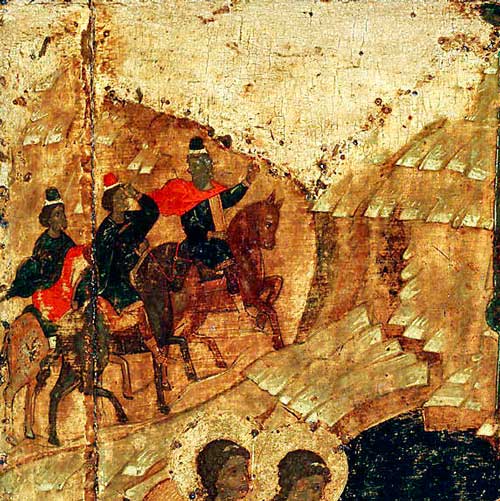 One aspect of my life for which I am immensely grateful is to have been raised in a family that remained close to each other and to the Lord. My older sister, Emily, is only two years older than I am, and while we had an occasional skirmish, we generally got along well and enjoyed each other’s company. When she went off to college, three hours away on the North Shore of Boston, we kept in touch and I visited a couple of weekends. Two years later, when it was my turn to spread my wings and leave the nest, I decided on the same college, and I’m glad I did. During the time we overlapped, there were more than a few evenings I wound up in her dorm, weighed down by one thing or another, seeking her advice or that of her good friend Seth, now her husband of more than twenty years. We see each other less often nowadays but continue to speak regularly, and Seth remains one of the kindest people I know.

Emily and I were also blessed never to have any reason to doubt our parents’ concern for us. Admittedly, we may not always have been quick to show our appreciation—criticism of one’s parents being the occasional pastime of every child except Jesus and Mary. But Mom and Dad worked hard to provide for us; that we always knew. They raised us with the values they knew were important to our flourishing, and because of their hard work and self-sacrifice were able to put us through college. Given the challenges and brokenness they endured in their families while growing up, my parents attribute their good sense in childrearing to a gift of God’s grace, with a bit of help from Focus on the Family.

We went to church every Sunday and prayed together regularly, and I recall the special pride I took in having my own Bible (initially the King James Version, which may explain why I ended up loving Shakespeare). Significantly, Emily and I were also formed with the conviction that Jesus is a real, living person who hears us, guides us, and loves us, here and now.

Christmas was naturally a moment of warmth and religious importance in our family. Our practice was to go to church on Christmas Eve, returning home for dinner together with extended family. I always insisted that Christmas music be on in the background. Before calling it a night, Emily and I were allowed to open precisely one gift each, the Great Unwrapping being reserved for the next morning, when my grandparents and my mom’s brother would join us.

First thing in the morning, still in PJs and bathrobes, we would go through our Christmas stockings as an immediate family. Then, after getting ready, Mom and Dad would prepare our Christmas meal while the TV was on, if memory serves, to the preliminary hype of “The Walt Disney World Very Merry Christmas Parade.” (For some unaccountable reason, I had as a child a special fondness for Regis Philbin, who hosted the parade for many years.)

Later that morning, after the others had arrived and as the prelude to opening gifts, Mom would appoint either my sister or me to read the Christmas story from the Gospel of Luke. I cannot recall a single year that we dispensed with this ritual, and to be honest I usually accepted the assignment without complaint, as I was never one to mind an audience.

For the next hour or so we opened presents, one at a time. Emily and I had the lion’s share of what was under the tree, but we watched with polite interest as the other members of my family opened theirs as well. We were required to say thank you and provide a hug to the giver after each gift.

I recount this story—which, I realize, is a bit of a jaunt down memory lane—because I believe that there is significance to the little fragments and sometimes seemingly random splinters of our past that stay lodged in our memory decades on end. For my part, I believe that quaint practice of unfailingly reading the Gospel each Christmas morning forged within me early on a sense of familiarity and closeness with the Holy Family. And though I certainly could not have expressed it then, I interpret it now as the Holy Family preparing me for the vocation I would later discover.

As a priest I now have the privilege and responsibility of sharing in the most delicate joys and sorrows in peoples’ lives: “To be a member of each family, yet belonging to none; To share all suffering; to penetrate all secrets; To heal all wounds; To teach and to pardon, console and bless always”—these are some of the lapidary expressions in the great Lacordaire’s beautiful poem on the priesthood. Some may see it as the grandiloquent romanticizing of a 19th-century rhetorician, but in the nearly eight years of priestly life I have been blessed to enjoy I have found the preacher’s words to be nothing but the sober truth.

We have entered a season that is naturally rather nostalgic, though it may be that not all our memories and ­associations are sweetness and light. Saint John Paul II once spoke of the “purification of memory,” the healing that ­results from the honest recognition of wrongs—the ones we have suffered and committed—and the grace of forgiveness. I pray that in the coming weeks we may all find consolation knowing that we have a tender father in Saint Joseph, a compassionate mother in Mary, and a brother and friend in the Lord Jesus—in whom we are reconciled to God and one another.