Magnificat is a spiritual guide to help you develop your prayer life, grow in your spiritual life, find a way to a more profound love for Christ, and participate in the holy Mass with greater fervor.

View a sample issue
Magnificat is my constant companion for my morning and evening prayers, and I receive much inspiration from the short background information of the saints
Lawrence
I am currently serving in the US Marine Corps. I attribute many of the miracles that have occured throughout the deployment to God's grace in devotion through Magnificat
Matthew, Afghanistan
We all love the Magnificat and we have found it to be a key tool for “keeping the fire burning” in the men after the retreats are over. You can easily spot an ACTS brother at church because he has a Magnificat stuffed in his back pocket! Thanks for the great work you do!
George M., retreat leader, Texas
Your magazine and other publications provide inspirational and informative materials that move readers more deeply and devotedly toward Truth. You are, and have been, on the cutting edge of the New Evangelization in the 20th / 21st century. Thank you
Dr. Donald P., Richmond, California
Previous Next

Every day, Magnificat helps you to:

Join the worldwide Magnificat family and live a life of prayer!

What you will receive every month in Magnificat

Deepen your relationship with Jesus, his Blessed Mother, and his Church as you pray in the way the Church has been praying for hundreds of years. 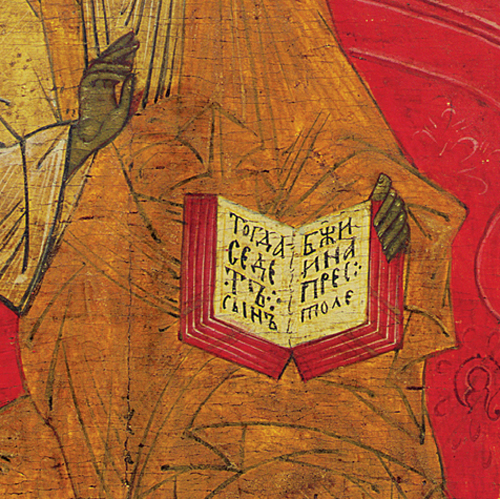 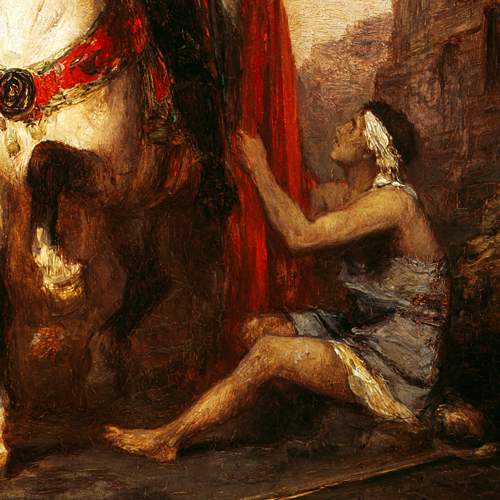 For well over a thousand years the month of November has begun with a special feast day on which, as the collect at Mass says, “we venerate in one celebration the merits of all the saints.” And even though the feast’s popular association has been largely reduced to the “een” before—shorn, alas, of its religious significance—All Saints’ Day remains for the Church one of the greatest solemnities of the year.

But if each saint and blessed that we actually know for sure is in heaven has a day on the calendar already (even if only celebrated by a particular religious order or in a certain region of the world), why does Holy Mother Church insist on still another feast—a holy day of obligation, no less—for all the saints together?

The tip of the iceberg

For starters, the Church is confident that the company of heaven comprises more than the beatified and canonized saints. Cardinal Ratzinger, in a homily on this feast, once spoke of “the one big family of God” with Jesus at its center. “Some names stand out and are well known to all,” he said. “They are the great saints, witnesses to the power of grace and to the faith that conquers all. They are, however, only the tip of the iceberg. Most of them are unknown…. To us they are nameless, unknown, just as we too will be one day. But not to God. This is precisely what makes them saints: the fact that God knows them.” Later, as pope, Ratzinger returned to this theme: “The saints are not a small caste of chosen souls, but an innumerable crowd to which the ­liturgy invites us to raise our eyes. This multitude not only includes the officially recognized saints, but the baptized of every epoch and nation who sought to carry out the ­divine will faithfully and lovingly. We are unacquainted with the faces and even the names of many of them, but with the eyes of faith we see them shine in God’s firmament like glorious stars.”

The image of a star-filled sky, before which we stand in awe, is apt. The saints are the ultimate fulfillment of the Lord’s words to Abraham, our father in faith: Look up at the sky and count the stars, if you can. Just so will your descendants be (Gn 15:5). Here in New York City I rarely get to see any stars, so filled is the night sky with the ambient light of the city that never sleeps. But having grown up in a small town in Maine, I know what it is like to gaze up at the night sky and think, “God be praised!”

To put it in terms familiar to us as Magnificat readers, All Saints’ Day assures us that there is a place in heaven even for those whose lives will never be featured on a page of “Saint Who.” Thus, as we pray, sacrifice, and strive to be faithful to the Christian life, so often in very hidden ways and without the recognition of others, we take courage that God knows us and loves us and is leading us home to himself.

But All Saints’ Day is not just the feast of all the saints we don’t know about, for the solemnity also includes all those great saints we do know about, who have a day of their own. What do we gain, then, by honoring all these saints yet again, but this time in common, as a group? Consider that in celebrating a particular saint’s feast we naturally ­focus on the unique gifts and holiness he or she exhibits. The prayers for a saint’s feast highlight some aspect of the saint’s spirituality, and preachers often give a sketch of the saint’s life to inspire us to follow his or her example. The feast of All Saints, however, removes those individual characteristics and simply puts them before us as a crowd.

As a Dominican (if I may speak personally), I have a ­special regard for the saints of the Order of Preachers. I rejoice in the theological wisdom of Thomas Aquinas, the ­exceptional preaching of Vincent Ferrer, and the mystical conversations with Jesus had by Catherine of Siena. While they are my elder brothers and sisters in the order, I also know how unique their gifts are and how unlike them I am. But when I step back, so to speak, and see all the Dominican saints and blesseds in common (roughly 270 all together), I am left with a simple impression: “This form of life works. If I faithfully give myself to my vocation, it will be sanctifying.”

One possible analogy is a big group photo of a special event: say, the huge crowds at World Youth Day or the March for Life. In such cases we are amazed by a sea of faces ­rather than each person’s particular features. People are often struck, for example, when they see old photos of large classes of seminarians, or novices in a congregation of sisters, or the all-school photo from a flourishing Catholic school even today. Similarly, All Saints’ Day is like a ­wide-angle lens so that we are encouraged by the sheer breadth of holiness among the saints. So even if you do not have the mystical revelations of Faustina Kowalska, the ­charismatic leadership of John Paul II, or the ebullient ­simplicity of Thérèse of Lisieux, allow All Saints’ Day to remind you that heaven is not limited to the particular gifts of any one saint.

In the ordinary circumstances of our own lives and in our own parish churches—be they on bustling city streets, in suburban neighborhoods with big parking lots, or on quiet, rural roads surrounded by cornfields and bales of hay—we meet the Source of all holiness, Jesus Christ, and know that there is room in heaven for us too.